The team, currently coached by Ed Orgeron, has consistently been one of the most successful programs in the nation since it began competing in football in 1893.

Tiger Stadium, home of the LSU football team, has been labeled by opponents as one of the toughest stadiums to play in and has given LSU one of the best home field advantages in the SEC.

The intense crowd noise at an LSU-Auburn game once registered on the Richter-Scale in Baton Rouge and is known as the Earthquake Game.

The official home of the LSU Tigers football team is LSUSports.net.

The head coach of the LSU Tigers football team is Ed Orgeron. 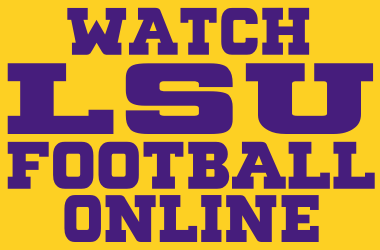 The most popular message board forums for LSU Tigers Football are Tiger Roar, Tiger Rant, and TigerFan.com.

There are many daily updated sites covering Louisiana State Tigers athletics. The most widely visited LSU football websites are:

Many Louisiana Newspapers cover LSU Tigers football on a daily basis. A short list of the most popular is:

Members of the SEC