Tiger Stadium is the home field of the Louisiana State University football team.

Tiger Stadium becomes the sixth-largest city in Louisiana for home games each year. Tiger Stadium is widely considered the loudest and most electrifying college football atmosphere in the country. 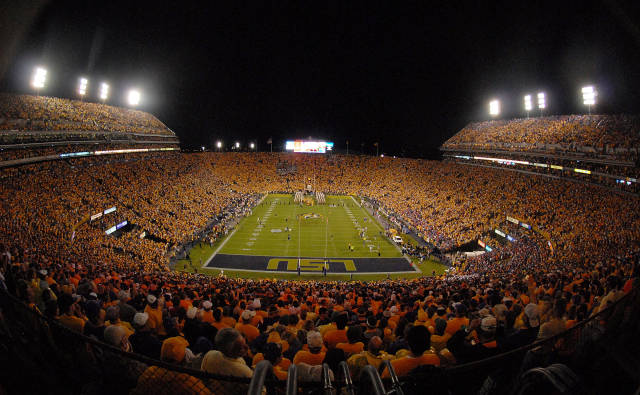 Tiger Stadium is the site of the legendary Earthquake Game against Auburn in 1988.

LSU won the game 7-6, when LSU quarterback Tommy Hodson threw the winning touchdown pass to Eddie Fuller in the last seconds of the game.

The crowd reaction registered as a legitimate earthquake on the seismograph in the Louisiana Geological Survey office on campus.

Members of the SEC